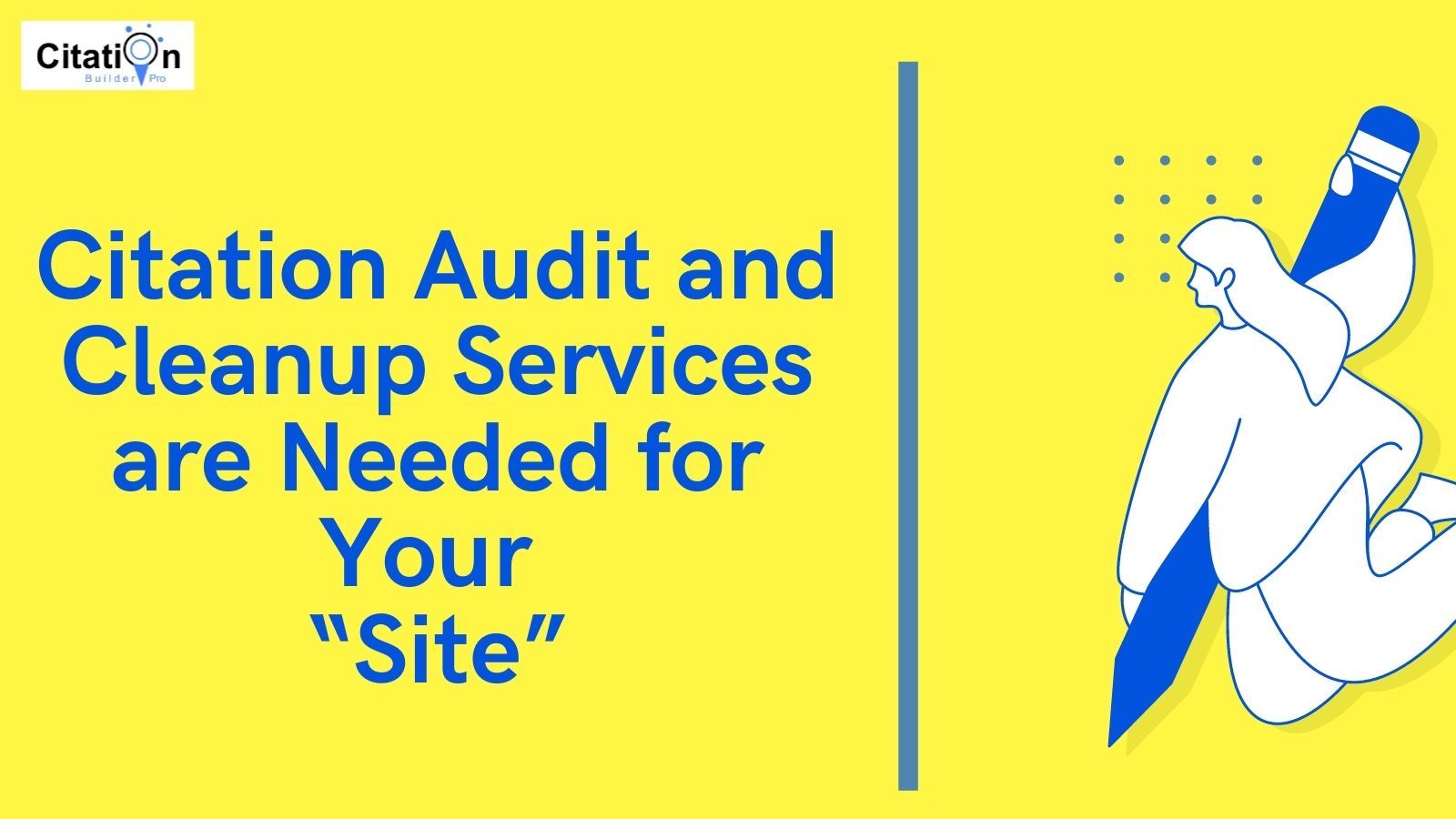 Hi Folks! There are thousands of websites and businesses present when you are going through this article. According to the WebsiteSetup, every single day, 576,00 websites are created, and on the Internet, 1.18 billion websites exist, with each having a unique URL but out of them, only 17% survive the tough competition. And only some go for Citation Audit and Cleanup Services due to two well-estimated reasons.

First, one is the budget of the website. As we know, overall, SEO just sucks out dry the pockets of website owners, and on top of that making, a decision is hard to go for. But the next reason that we don’t wish to belong to. That is unawareness. The unawareness of its importance and knowledge often becomes ignorance causing one to fall behind in the competition.

What is Citation and Which citations do you need?

In simple terms, Citations are similar to the backlink, but those specifically exist for Ranking in the Local SEO. The formal definition in SEO for Citation will be “Citations are recognition of your Business’s name, address, and phone number (commonly directed to as NAP) on a site that isn’t your own.” 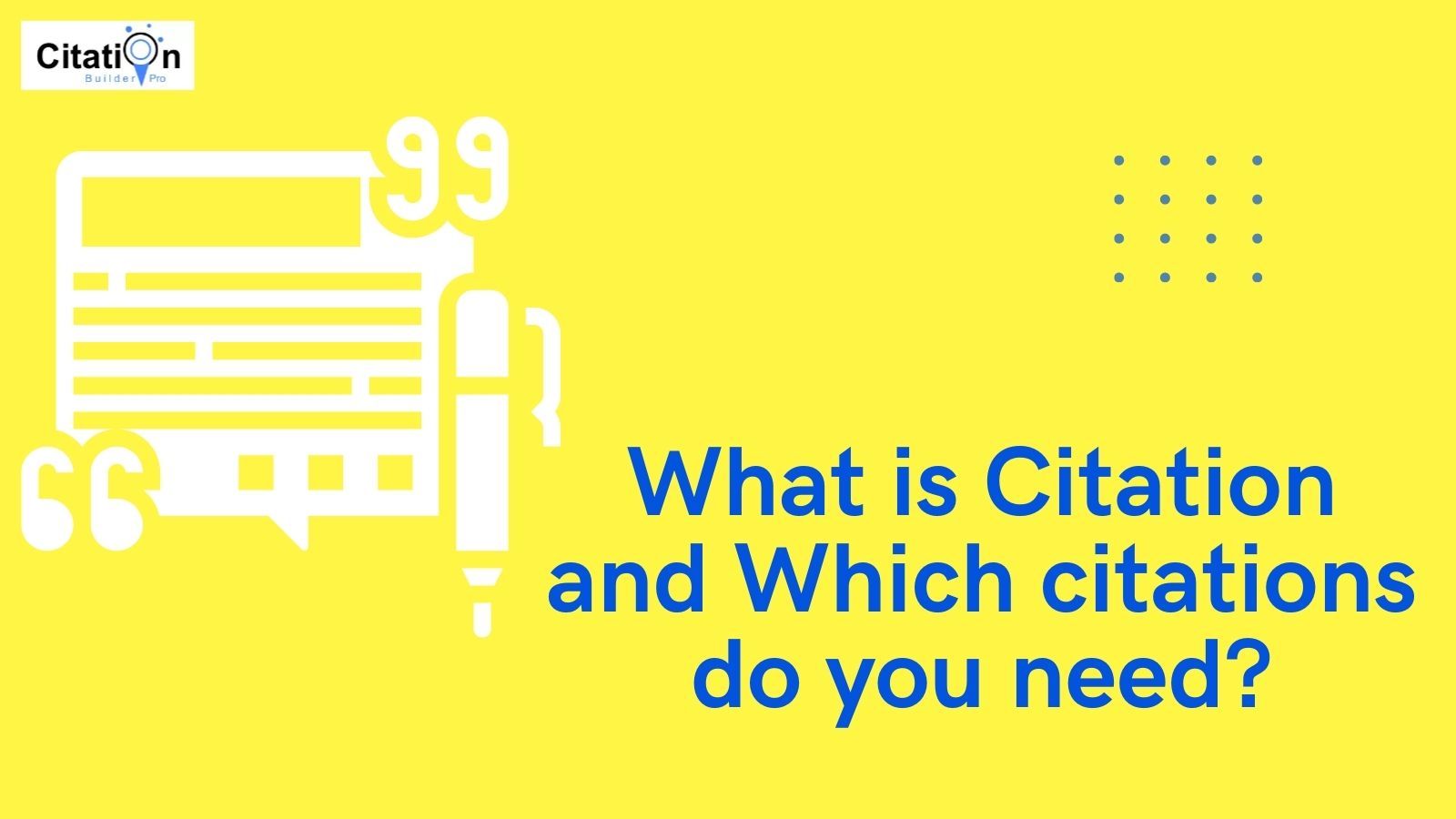 Google’s local algorithm identifies your NAP information as a sign of relevance and assurance that you’re an honest local business. It can be located at the address detailed in your GMB profile.

Google’s local algorithm consistently produces the best local businesses for individually local queries. Sites are produced based on their relevancy and reputation, and citations are a key element for pertinence.

Your citations help Google verify that you’ve discovered where your website says you’re located. As Google crawls the Internet and sees several different respected sites list the same business details, including your NAP (name, address, and phone) details, it’ll learn to view you as a legitimate local business. With that improved trust comes a higher likelihood that Google will show your business in its LSR (Local Search Results).

Likewise, as the algorithm witnesses your NAP information being documented on more local websites, it’ll start to correlate your number of listings with the reputation and vogue of your business.

Yes, Creating citations is the necessity of Businesses that want to rank in the Local SEO but does all citations sum up into your Local SEO factors?

Which citations do you need?

Citation is like a mellow jello topic with no specific definitions or facts to differentiate the list of must-have citation sources. Each city of each nation has something special and unique, leading to a unique citation site for the specific metropolis. Those sites permit owners or SEO experts to include your business in their reputable online directories, Yellow Pages sites, to an industry-explicit enterprise directory. 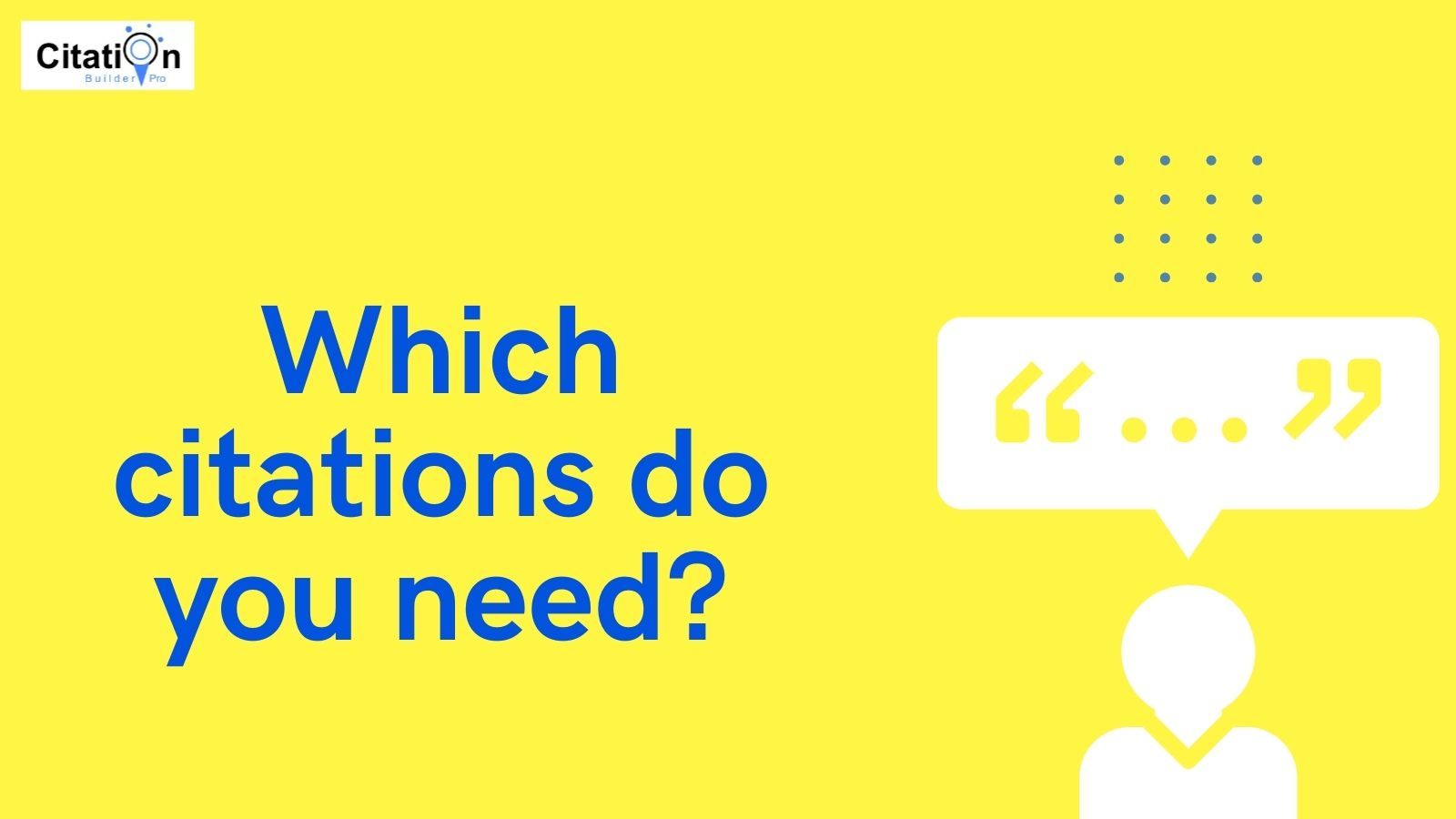 However, as we already discussed, each citation directory is not valuable for you. Not sure how to Identify? You can just leave it to the SEO expert, but you need to understand it yourself. Not by depending on other so-called SEO experts. You can use a local citation finder.

You can also check the Citation Builder Pro website, which offers local SEO and Citations building services on their sites, as per your Industry. Now, as we have gone through all the points related to Citations, why not move toward citation audit.

The Citation Audit needs to correct the NAP (Name, Address, Phone Number) information of the business. But for that, you need to have citations existing on the data aggregators and directory.

In the citation audit, all top-level data aggregators and database directories are scanned to find your local business details. This audit will show which sites have complete, proper, incorrect, incomplete information related to your business and on which sites the business is not listed.

Why get a Citation Audit and Cleanup Services?

The consistency of the NAP and the number of citations is still one of the most influential factors of the Google Search Engine Algorithm for local searches. Thus, you need to do a citations audit from time to time because, similar to the coin, if you benefit from consistent citations, you may also endure the big blow of distrust because of a mismatch of citations. 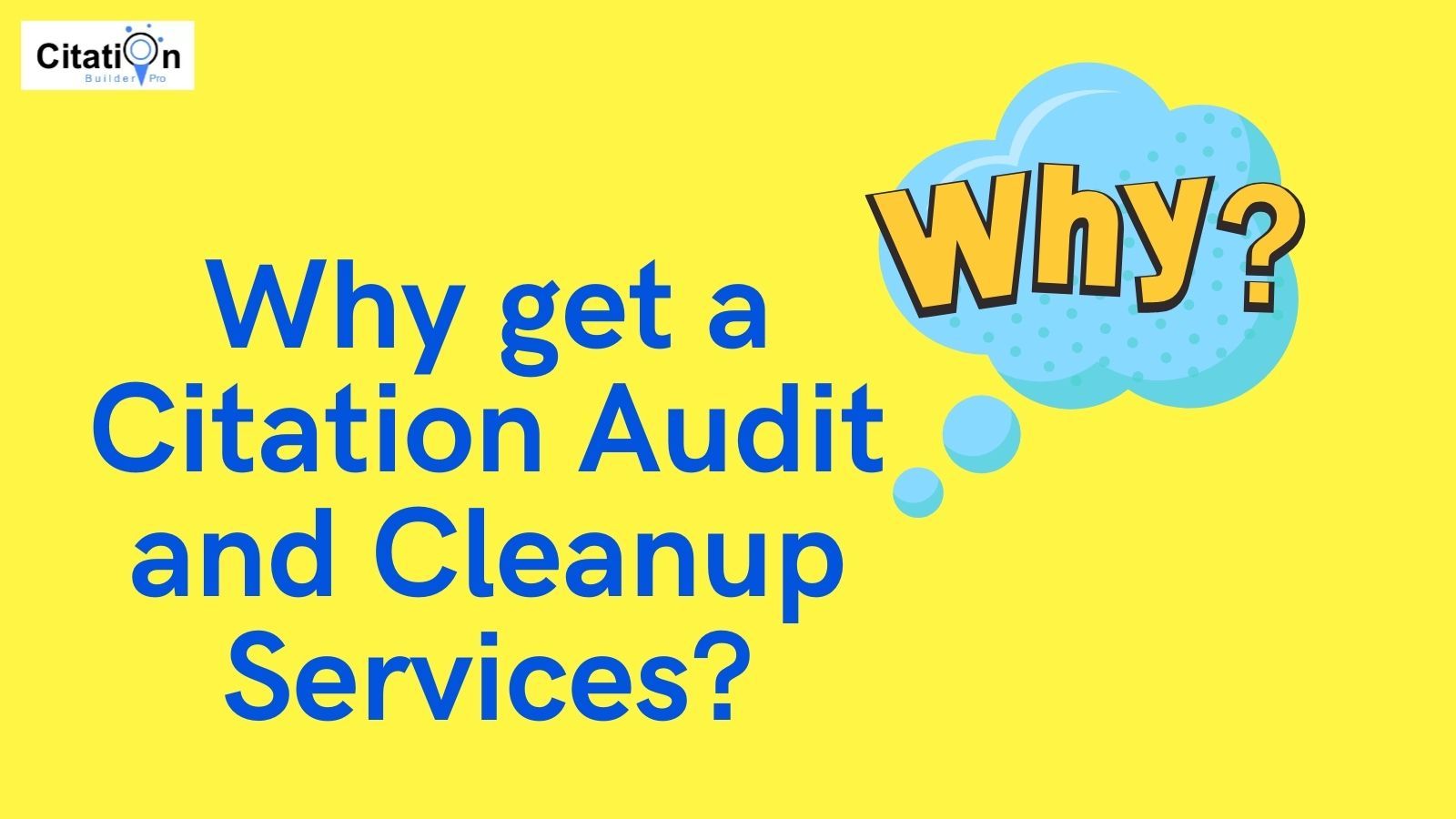 You may have mentioned any phone number on your site, but if google found a different number on another site, this isn’t good for your local Ranking. Mismatch in the information confuses people and confuses google and trusts us. Google never likes to get confused. So be straight, be consistent with your citations.

We all know Google bot crawls hundreds of databases and websites; thus, you need to appear on as many as possible. For example, Alexa Voice Assistant utilizes Bing, and Siri operates Apple maps to find local businesses.

What do the Citation Audit and Cleanup Services cover?

The most crucial data, NAP, are scanned accomplished with address and website, etc. Your Business NAP should be identical across all key websites and data aggregators. NAP consistency is crucial as a concrete point to Rank on Local SR. 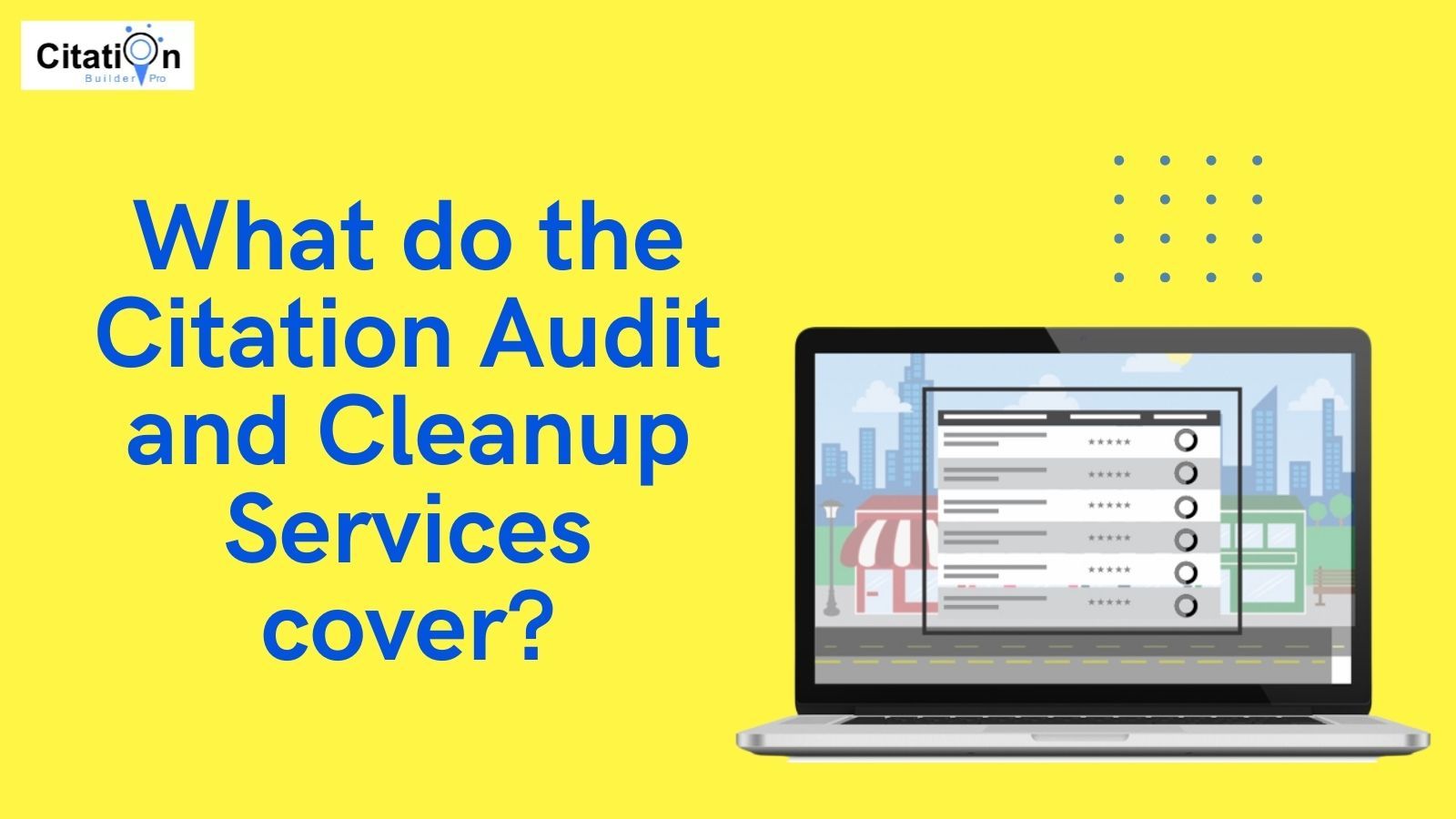 If any sites have inaccurate data, it is updated. If any duplicate listings are discovered, they will either be reduced where possible or copies deleted.

The valid business data needs to be presented to any sites it isn’t already on. They involve the three significant data aggregators: Data Axle, Neustar Localeze, and Foursquare.

Citations audit and cleanup services are not that important for businesses in global competition but are essential for Local SERP ranking. A mismatch of citations can lead to a significant drop in the local results. Thus Businesses need to go for Citation Audit and Cleanup Services often.

Want to Get the Brand Featured on a Highly Trusted Website?

How To Get Event Links With Diversity For The Site?

By Shripad Deshmukh
Citation Audit and Cleanup Services are Needed for Your “Site” Hi Folks! There are thousands of websites and businesses present when you are going through

By Shripad Deshmukh
Every opportunity to make Local SEO better is valuable and, one can not afford to lose it. And with better SEO campaigns that retain

Want to Get the Brand Featured on a Highly Trusted Website?

How To Get Event Links With Diversity For The Site?

By Shripad Deshmukh
How To Get Event Links With Diversity For The Site? Link building is another way to rank on Local SERP, and getting links with scalable

10 Straightforward Tricks for Perfect Google Places Business Listing for you

By Shripad Deshmukh
Most people buy many higher-priced services to rank better to approach more and more people but through tricky SEO (Global SERP). But with Local SEO,

What is Google Screened Badge And How To Get It?

By Shripad Deshmukh
Google is the search engine with the most users, and when it comes to Google Ads Campaign, there was nothing better than to rank