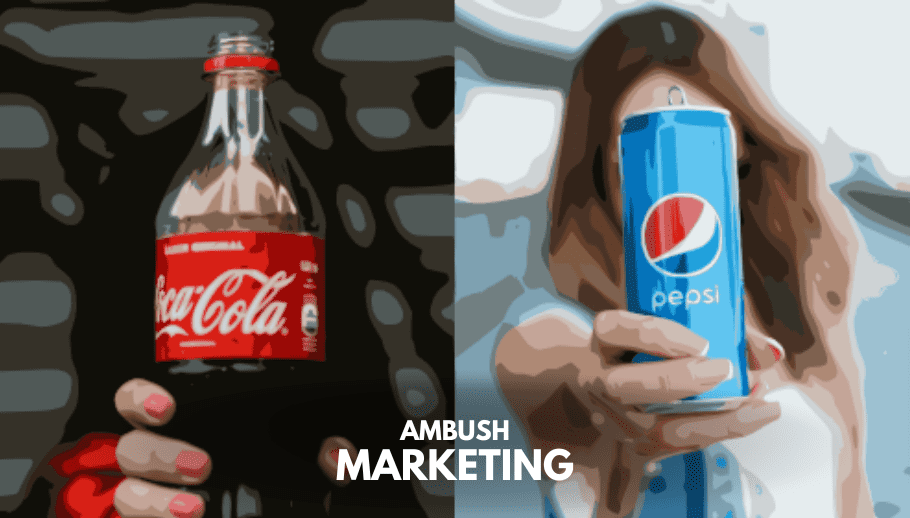 Did you know that there is a legal way to do marketing without paying for advertising? It’s called ambush marketing, and it can be a great way to get your name out there without spending a lot of money.

In this blog post, we’ll explain what is ambush marketing and how you can use it to your advantage. We’ll also give you some tips on how to stay out of trouble with the law. So read on to learn more!

What Is Ambush Marketing?

Ambush marketing is a marketing tactic in which a company associates itself with a major event, without actually being an official sponsor. The goal is to create brand awareness and publicity by aligning the company with the positive associations of the event.

Ambush marketing can be an effective way to reach a large audience, but it can also backfire if not done carefully. If done poorly, it can appear tacky or exploitative, and may even damage the company’s reputation.

When executed well, ambush marketing can be a powerful tool for building brand awareness and reach.

Why Use Ambush Marketing?

Ambush marketing is a popular promotional strategy that can be used to great effect, provided that it is executed properly.

Essentially, ambush marketing involves promoting a product or service in close proximity to a rival company’s event or product launch.

This can create confusion among consumers and generate a great deal of buzz and publicity. When done well, ambush marketing can be an extremely effective way to steal market share from a competitor.

There are a few key reasons why ambush marketing can be so successful:

In which a company uses a similar name or logo to that of the official sponsor in order to create confusion and capitalize on the event’s popularity.

For example, during the 2012 London Olympics, a number of businesses used images of the Olympic Rings in their advertising, even though they were not official sponsors.

There are four types of direct marketing:

Indirect ambush marketing occurs when a company becomes associated with an event through unofficial means, such as by sponsoring a competitor of the official sponsor.

Ambush by association is another type of indirect ambush marketing, in which a company tries to create a connection between itself and an event by sponsoring individuals or teams who are participating.

For example, during the 2010 World Cup, a number of companies sponsored individual players, rather than the event itself.

During the 2016 Olympics, a Japanese company set up a restaurant near the Olympic Village and offered free meals to athletes. The restaurant quickly became popular with athletes, many of whom posted about it on social media.

As a result, the company got a lot of free publicity without having to pay for official sponsorships. While ambush marketing can be controversial, it can also be very effective if done correctly.

In 2012, BMW placed ads near Olympic venues that featured images of its cars with Olympic-themed imagery. Similarly, Audi ran a series of ads during the 2014 Winter Olympics that made reference to the games without actually mentioning them by name.

While these campaigns generated a great deal of discussion, it’s unclear whether they were actually effective at generating sales for either company.

One famous example of an ambush marketing campaign took place during the 2010 FIFA World Cup in South Africa. At the time, Budweiser was an official sponsor of the tournament, while Castle Lager was not.

However, Castle Lager ran a series of ads featuring local football stars such as Sibusiso Zuma and Steven Pienaar, leading many consumers to believe that the brand was an official sponsor.

As a result, Castle Lager was able to capture a significant share of the World Cup’s beer market, much to Budweiser’s dismay.

During the 2012 London Olympics. In the months leading up to the games, Nike ran a series of ads featuring Olympic athletes such as Usain Bolt and Mo Farah. The ads were carefully timed to air just before the start of the Olympics, giving Nike a major boost in sales and visibility.

Meanwhile, official sponsors such as Adidas were left scrambling to keep up.

How To Stay Out Of Trouble When Engaging In Ambush Marketing?

Ambush marketing can be a controversial and polarizing topic. For companies that engage in this type of marketing, the goal is to generate awareness and excitement for their product or service by aligning themselves with a high-profile event.

However, ambush marketing can also lead to legal trouble if you’re not careful.

Here are a few tips to help you stay out of trouble when engaging in ambush marketing:

Ambush marketing can be an effective way to generate publicity, but it also has a number of disadvantages:

Take A Look At: What Is CRO Marketing & How To Make It Profitable?

When it comes to marketing your product or service, you may be asking yourself whether ambush marketing is the right route for you. Ambush marketing can be powerful when used correctly, but it’s important to understand all of the advantages and disadvantages before deciding if this type of campaign is right for your business.

I hope this guide definitely helped you to understand Ambush Marketing.

No votes so far! Be the first to rate this post.

I am the founder of Citation Builder Pro. I have been in the SEO and content marketing industry for 15 years and have a lot of experience in public relations and online marketing.

I started Citation Builder Bro to help businesses of all sizes create high-quality citations for their websites. My team and I are dedicated to providing our clients with the best possible services.

Add Me To Search: How You Can Create People Card In 2023

People Also Search For: Use It For Ranking On Google In 2023

Add Me To Search: How You Can Create People Card In 2023

By Shripad Deshmukh
4.8 (469)   What is a Google People card?   Google always tries to invent something new, different from other competitors, which can hold the

People Also Search For: Use It For Ranking On Google In 2023

By Shripad Deshmukh
4.5 (365)   The “People Also Search For” box is a way for Google to suggest related queries to the user. The keywords in this

By Shripad Deshmukh
0 (0) It’s that time of year again! The Black Friday sale is here, and that means big savings on all your favorite services. Whether

What Type Of Information Can KPIs Provide?

By Shripad Deshmukh
0 (0)   Are you looking to track your company’s success? Key performance indicators (KPIs) can provide you with information on how well your business

What Is Sponsorship Marketing? Everything You Need To Know

By Shripad Deshmukh
0 (0)   Have you ever seen those commercials where a celebrity is promoting a product or service? That’s sponsorship marketing. It is a great