What Is An Example Of Conversational Ai? 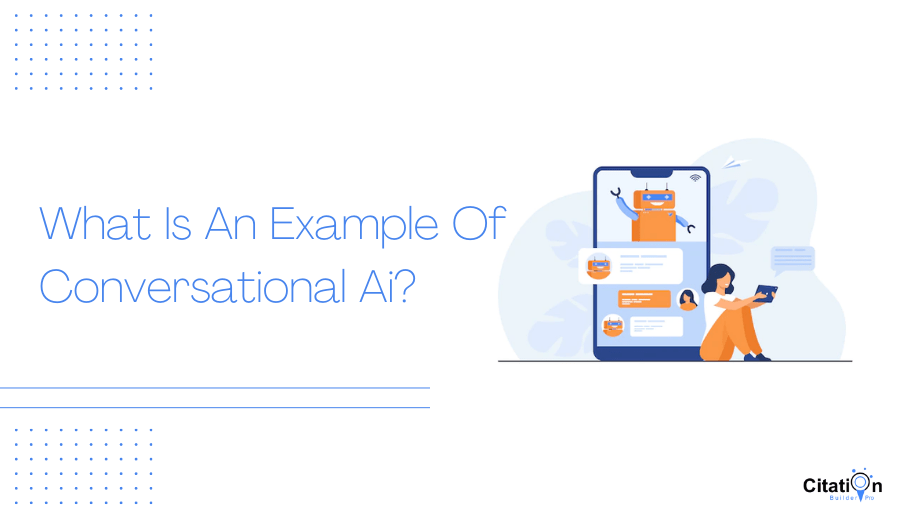 Amazon Alexa, Apple’s Siri, FAQ bot, and Google Assistant are examples of Conversational Ai. They can provide a more natural and efficient way for humans to interact with computers.

What is Conversational AI?

Conversational AI is a type of artificial intelligence that is used to enable humans to interact with computers using natural language. This technology can be used for a variety of tasks, such as providing customer service or assisting with online shopping.

Conversational AI typically involves the use of chatbots, which are computer programs that mimic human conversation. Chatbots can be deployed on websites, messaging platforms, or even in physical retail locations.

Conversational AI can also be used to create virtual assistants, such as Microsoft’s Cortana. While Conversational AI is still in its early stages, it has the potential to revolutionize the way we interact with computers.

How Does Conversational AI Work?

The goal of conversational AI is to create a natural, human-like conversation between users and computers.

Conversational AI technology is used in a variety of applications, including customer service, chatbots, and virtual assistants.

First introduced in 2011, Siri has become an integral part of Apple’s ecosystem, helping users to get the most out of their devices.

Thanks to Siri, users can send text messages, schedule appointments, and even ask for directions without ever having to touch their iPhones.

Best of all, Siri is always learning, meaning that it gets better with every use.

FAQ Bots are a type of chatbot that is designed to answer frequently asked questions.

FAQ Bots can be used to provide customer support, technical support, or general information about a product or service. They are typically programmed with a set of FAQs that they will respond to, and they can also be trained to learn new FAQs over time.

These Bots can be used on websites, chat apps, or even on voice assistants such as Alexa or Siri. FAQ Bots can be a helpful way to provide information to customers or users, and they can also help to save time for customer support staff.

Google Assistant is a voice-activated assistant that allows users to perform tasks such as schedule appointments, set alarms, and check the weather simply by speaking.

Google Assistant is available on a variety of devices, including smartphones, tablets, and smart speakers.

Google Assistant can also be used to control smart home devices such as lights and thermostats. In addition, it can be used to access information from a variety of online services, such as maps and weather forecasts.

Google Assistant is continually evolving, with new features and integrations being added on a regular basis. As a result, Google Assistant is quickly becoming one of the most essential tools for millions of people around the world.

What Are The Main Challenges In Conversational AI?

Conversational AI is still in its infancy, and there are many challenges that need to be addressed before it can truly be said to be “intelligent.”

This is difficult enough for humans, let alone computers. In addition, Conversational AI needs to be able to handle different regional accents and dialects.

This includes being able to understand the user’s intent as well as the current context of the conversation.

For example, if a user says “I’m hungry,” the Conversational AI should be able to understand that the user wants to know where to find food, not just that the user is feeling hungry.

For example, if a user says something that doesn’t make sense, the Conversational AI should be able to respond in a way that does make sense.

These are just some of the challenges that need to be addressed in order for Conversational AI to truly be successful.

Conversational AI involves using computer systems to conduct conversations with humans. This technology is still in its early stages, but it has the potential to revolutionize the way we interact with machines.

Some people view conversational AI as a helpful tool that can make our lives easier by communicating with us in natural language. Others worry that this technology could be used to manipulate or even control people.

Conversational AI is likely to have a profound impact on society, and it will be interesting to see how it develops in the years to come.

If A Web Page Visitor Clears The Analytics Cookie From Their Browser, What Will Occur?

In The World Of Analytics, The Time The User Spent On Your Site Is Considered Which Type Of Data?

If A Web Page Visitor Clears The Analytics Cookie From Their Browser, What Will Occur?

In The World Of Analytics, The Time The User Spent On Your Site Is Considered Which Type Of Data?

By Shripad Deshmukh
In the world of analytics, Metric is a type of data used to measure the time spent by the user on the website. This

The Increased Use Of The Internet Presents A Lot Of Potential For Which Types Of Businesses?

By Shripad Deshmukh
The increased use of the internet presents a lot of potential for small businesses, international businesses, and local businesses. The Internet has revolutionized the

How To Transfer Google Business Account To Another Email?

By Shripad Deshmukh
Are you looking to change the email address associated with your Google Business account? If you are the owner of a Google Business